We believe that everyone deserves access to the treatments that they need to feel good in their skin. We started Cortina to make it easier to get the right medications, not just the easiest to prescribe. 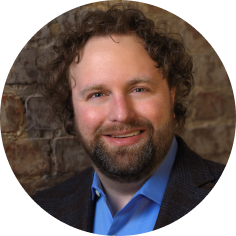 Reid Maclellan, M.D. is the Founder and CEO of Cortina Health, Inc. Dr. Maclellan also is an Adjunct Professor of Plastic Surgery at both Harvard Medical School and Boston Children’s Hospital where he practices and teaches translational medical research.

In addition to serving as the CEO of Cortina Health, Dr. Maclellan currently serves on the Board of Directors for eight organizations, including both for-profit and not-for-profit. He is a director of Diagnos, a publicly traded international company focused on artificial intelligence platforms that provide assistances to general practitioners in interpreting medical imaging at primary care facilities (Montreal, CA). He also is a director of Proactive Dermatology Group, a family-office management firm focused in the healthcare sector (St. Petersburg, FL). He serves on the International Councilors of the Harvard Kennedy School Belfer Center for Science & International Affairs (Cambridge, MA). Dr. Maclellan is a trustee of Gordon College (Wenham, MA). He sits on all three of the Maclellan Family Foundations’ boards: Maclellan Foundation Inc, Christian Education Charitable Trust, and RL and KH Maclellan Foundation (Secretary) (Chattanooga, TN). He is the chairman of Above the Clouds, a not-for-profit organization that brings joy and hope through the wonder of small aircraft flight to seriously ill and underserved children and teens (Boston, MA). He also is the co-host of “The Voice of Healthcare”, a podcast that discusses the growing intersection of next generation technology and the healthcare sector. As a key opinion leader in the fields of healthcare technology, artificial intelligence, plastic surgery, vascular anomalies, and lymphedema, Dr. Maclellan frequently is invited to lecture both nationally and internationally. He completed a general surgery internship at the University of Tennessee College of Medicine Chattanooga. Dr. Maclellan then completed plastic surgery clinical and research fellowships at Harvard Medical School and Boston Children’s Hospital. Dr. Maclellan graduated magna cum laude with a B.S. from the University of Alabama at Birmingham. He received his M.D. from the University of Alabama School of Medicine. He earned a post-doctoral Masters in Medical Sciences Degree in translational medical research from Harvard Medical School. 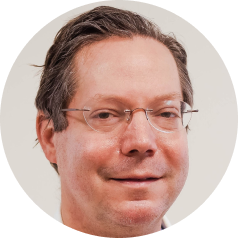 Arin K. Greene, MD, MMSc is a plastic surgeon at Boston Children’s Hospital. He received his BA from the University of Chicago and his MD from the University of Illinois. He underwent general surgery training at the Beth Israel Deaconess Medical Center/Harvard Medical School and then completed a Howard Hughes Research Fellowship studying vascular biology in the laboratory of Judah Folkman at Boston Children’s Hospital.

During this time Dr. Greene earned a Masters in Medical Sciences Degree in translational research. He then completed plastic surgery residency in the combined Harvard Plastic Surgery Training Program, followed by a pediatric plastic surgery/craniofacial fellowship at Boston Children’s Hospital. Dr. Greene currently is the Vascular Anomalies and Pediatric Plastic Surgery Endowed Chair at Boston Children’s Hospital and Professor of Surgery at Harvard Medical School. He is a member of the Vascular Anomalies Center, Director of the Lymphedema Program, and Director of the Department of Plastic and Oral Surgery Research Laboratory. Dr. Greene is Past-President of the American Association of Pediatric Plastic Surgeons, Current President of the New England Society of Plastic Surgeons, and President-Elect of the Plastic Surgery Research Council. His clinical focus is on pediatric and adult skin lesions, vascular anomalies, lymphedema, ear deformities, and breast disorders. Dr. Greene has authored approximately 200 research papers, 100 book chapters/reviews, and 5 books. His NIH-funded laboratory has discovered the cause of several types of vascular anomalies and the overall research goal is to develop novel pharmacotherapies for this group of disorders. The laboratory work has been translated to patients with arteriovenous malformation who are now being treated with a drug for the first time (off-label use of MEK inhibitors). 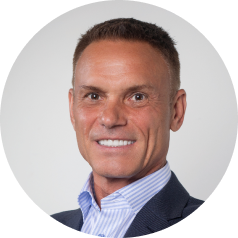 Kevin Harrington has been a successful entrepreneur for over 40 years. He's an original "Shark" on the Emmy - winning TV show, Shark Tank. He is also the Inventor of the Infomercial, As Seen On TV Pioneer, Co-Founder of the Electronic Retailers Association (ERA) and Co -Founding board member of the Entrepreneurs' Organization (EO).

Where He Started
Kevin got his start as a young entrepreneur in the early 80s when he invested $25,000 and launched Quantum International. This turned into a $500 million/year business on the New York Stock Exchange and drove the stock price from $1 to $20 per share. After selling his interest in Quantum International, he formed a joint venture with the Home Shopping Network, called HSN Direct, which grew to hundreds of millions of dollars in sales. Entrepreneur Magazine has called him one of the top Entrepreneurs of our time.

Proven Track Record
Kevin has launched over 20 businesses that have grown to over $100 million in sales each. He’s been involved in more than a dozen public companies, and has launched over 500 products generating more than $5 billion in sales worldwide with iconic brands and celebrities. Kevin has extensive experience in business all over the world, opening distribution outlets in over 100 countries worldwide. His success led Mark Burnett hand-picking Kevin to become an Original Shark on Shark Tank where he filmed over 175 segments.

In today’s competitive world, companies cannot operate the way they have in the past because of the advancements in technology and the digital marketplace. Kevin provides the advice and expertise on how to navigate the constant changing distribution and marketing outlets. Kevin also brings his rolodex and relationships to all companies he works with, including helping to secure financing.

He is a co-founding board member of the EO (Entrepreneurs Organization), which has grown to 45 countries and thousands of members, generating over $500 billion of member sales. In 1990, he cofounded the global direct to consumer organization and trade show, the Electronic Retailers Association (ERA). Today ERA is the exclusive trade association to represent a global $350-billion direct-to-consumer market place, encompassing 450 different companies in 45 countries.

Bestselling Author & Teacher
He’s also the founder of the Secrets of Closing the Sale Master Class inspired by the Master of Sales—Zig Ziglar. He’s the author of several bestselling books including Act Now: How I Turn Ideas into Million Dollar Products, Key Person of Influence, and Put a Shark in Your Tank. Kevin brings 40 years of his knowledge to building businesses and helps companies in many industries with his global Rolodex and ability to solve problems. 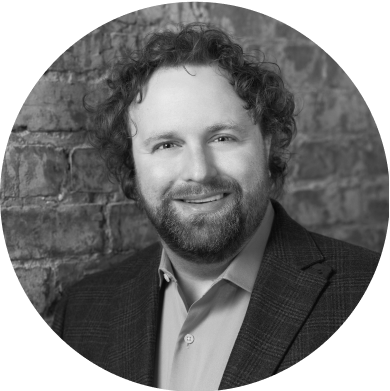 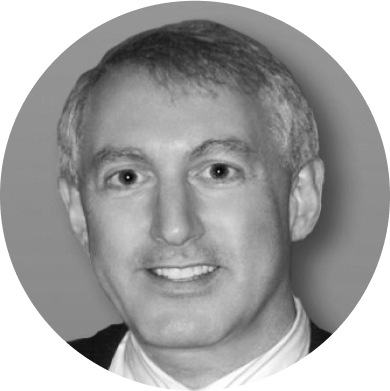 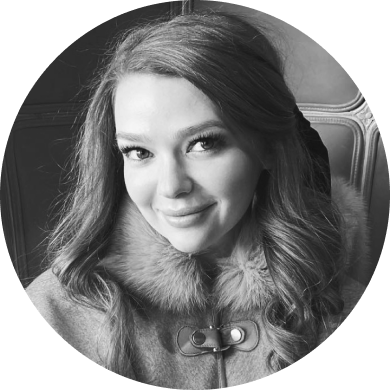 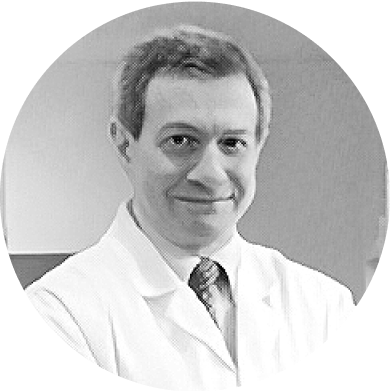 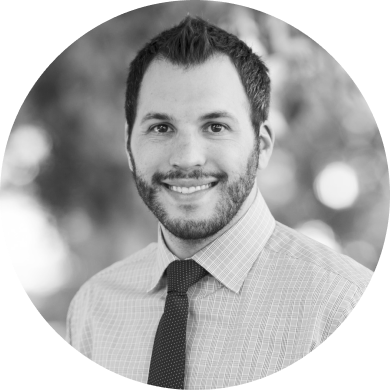 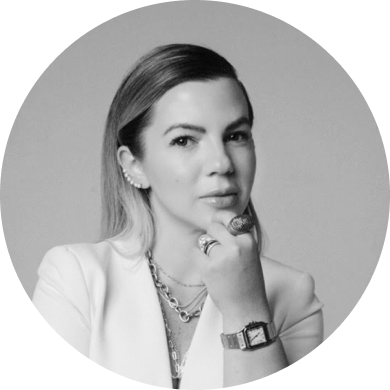 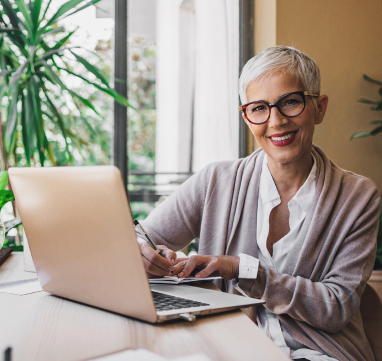 Our Doctors are There for You

All of our providers are experienced specialists who have completed medical school and an additional 3+ years of advanced medical training, specifically in treating diseases of the skin.

Our team has attended some of the best medical schools in the US, including Harvard and Cornell.

We seek to help calm and clear the most common skincare issues that affect millions of people worldwide. With better access and affordability, Cortina can help our patients feel more confident in their own skin. 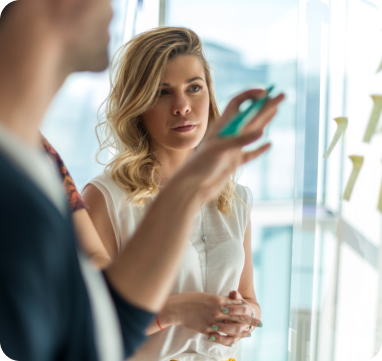